Gerry Bannan grew up in southern New Jersey in close proximity to both the cultural offerings of Philadelphia and the haunting wilds of the New Jersey Pine Barrens. These two highly contrasting environments laid the foundation for his life-long fascination with art and nature.

Bannan earned a BFA in Printmaking from Temple University’s Tyler School of Art and an MFA in Painting from Pratt Institute. After several years living in Brooklyn, he moved to Roanoke, Virginia where he currently resides. Gerry Bannan has been a Professor of Fine Art at Patrick Henry Community College in Martinsville, Virginia since 1994. He has also taught on an adjunct basis at several other colleges and universities including Virginia Tech and the School of the Art Institute of Chicago.

Earlier in his career, Bannan’s artworks were mainly paintings created in oil, encaustic and gold leaf. For the past several years, however, he has focused on creating intricately detailed drawings using ball point pen on Mylar. His most recent series of drawings is entitled Vanitas. 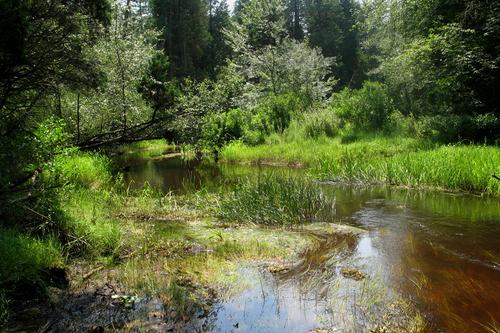 The Batsto River flowing through the Pine Barrens of New Jersey